From Ralph to Gus - A brief history...

2013 is the 41st tour but the 40th birthday of Southwell Ramblers. On 1 January 1973 Paul Haddock, Mike Woof and I all moved to London and rented a basement flat at 7 Southwell Gardens, just off the Gloucester Road, London SW7, where we were joined most weekends by Mike Catterson who came down from Leicester, generally to play rugby with us for the Law Society fourth 15.

Haddock, Woofie and I had played village cricket for Ullenwood by the Air Balloon pub where the Cheltenham Cirencester meets the Gloucester Oxford road and we were all keen to play a little cricket but none of us were good enough to actually play for a proper club. That particular Easter we were down in Devon with another lawyer mate of ours, Mike Weston, and I remember vividly that on Easter Saturday on a lovely day we were in a pub in Totnes when we started talking to some lads who it turned out played for Dartington and Staverton Cricket Club. I said that we would come and play them that season and, as luck would have it, the Fixture Secretary was in the pub at the time and he told me that the only vacant date for 1973 was Sunday 26 August. I immediately snapped it up and the Southwell Ramblers were formed.

As luck would again have it, that was the August Bank Holiday weekend and so we picked up a wonderful game on Saturday at Shobrooke Park near Crediton, played Dartington and Staverton on the Sunday and Whimple and Whiteway, the Whiteway cider brewery team, on the Bank Holiday Monday on the way back to London. We all stayed at Woofie's two bedroomed holiday home at Shaldon near Teignmouth, which was a bit of a squash, but it was a great weekend.

The Red Lion at Shobrooke was a great pub, and I am sure still is, so if you had nothing better to do at any time go and have a pint there and have a look at that lovely ground, which was the first game on the tour.

The following year, as I recall, we had a complete week in Devon and things went from strength to strength thereafter. I dislocated a finger in the last game on tour that year and I recall that it was sufficiently sore to have to lift a pint that night with the other hand.

Your father-in-law first played in 1975 and has been a mainstay ever since, whereas I gradually took much more of a back seat.

We used to play an awful lot of Oxbridge Colleges midweek and had some fabulous village matches like Bramshaw in the New Forest (where I tore a hamstring) and The Lee in Buckinghamshire but I was absolutely delighted that you were able to secure Madehurst and Elsted for the list this year, which I do hope you will be able to retain.

Have a great tour.

All the best,
Ralph 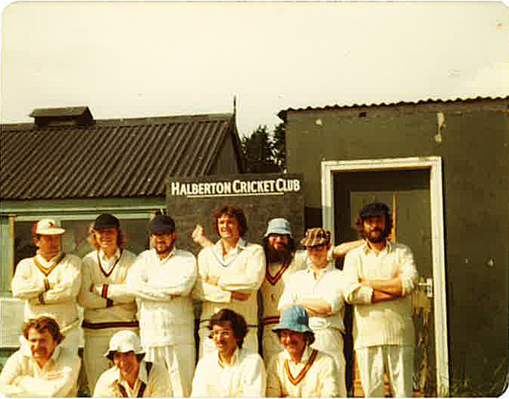 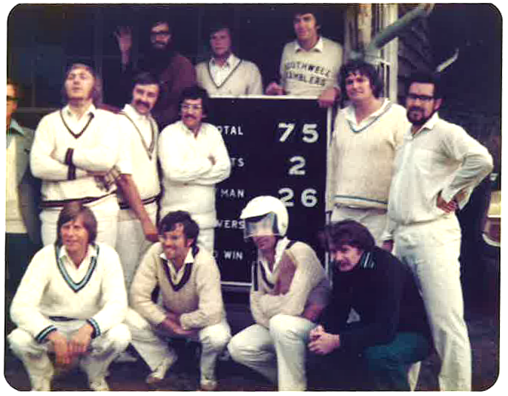