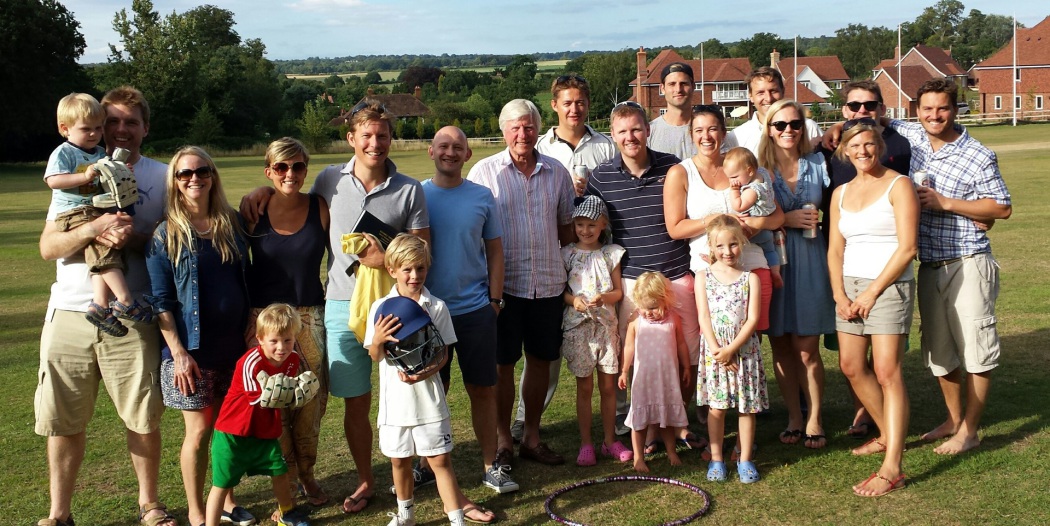 A visit to the idyllic village of Shackleford in Surrey was a first for the Ramblers, and following a good pub lunch and a couple of local pints it was swiftly down to business for a team brimming with talent and flair.

Asked to field on what looked like a tough track, proceedings began with an excellent opening spell from Olie Lawson and Macca (skipper for the day), putting Shackleford under pressure from the off. Olie offered plenty of variation, including a well-disguised off cutter that bowled opener number 1, and Macca, producing consistent line and length that’s normally too good to find the edge, dealt with opener number 2. The scoreboard showed 9 for 2 off 7 overs - a dream start.

A left hand / right hand combo now occupied the crease and, much to the enjoyment of the rest of the team, resulted in Simon ‘Gibbo’ Givens doing multiple shuttle runs from one side of long leg to the other, perfect pre-season for the gifted back-rower.

Things were ticking along nicely until a flurry of “chances” eased a bit of pressure, including a sitter for Pete Warner at slip, a tough one for Tim Stansbury at mid-off and two near impossible ones at slip for Marcus Jansa and Lee Spink at square leg. Still, catches win…

Macca decided it was time to shake things up. Pedro, needing to make amends, came on and hit his straps from the start. However, with Pete’s former Aldro schoolteacher as umpire and a decent appeal eagerly turned down, he was starting to regret not paying more attention in Year 6 History.

But it wasn’t long before Pete was top of the class, closing with figures of 3 wickets for 5 off 5 overs, it was without doubt one of the spells of the season.

At the same time Howard Norton, fresh from 18 holes and winning West Surrey’s monthly medal that morning (cut from 11.2 to 7.3… brilliant), produced a very tidy spell considering it was his first time back for three years. Another wicket fell (it sounded like an edge to us) and the Ramblers were not letting up.

Another clever change of attack, bringing on the flight and guile of Gibbo and Ed Staite, brought wickets-a-piece and it was left to Ed to wrap things up and close with very respectable figures of 2 wickets for 5 off 3, and the oppo all out for 73.

Tea came and went, the run chase was on and it wasn’t long before Marcus and Matt Unwin cemented the fact that this game was only going one way. Gwat-Back, new bat in hand, rolled back the years and played some glorious shots on both sides, and MJ looked incredibly solid leading into another Tour for the German in just under two weeks’ time.

With the game coming to a close, Gwatty got a tough one that nipped off the seam to go for 19. Stanners, after working out what a correct guard looked like and with a bit of good fortune from a close family member umpiring at the other end… came and went with a swift 15 off 7 balls, leaving MJ and Spinky to seal the win and finish off a superb team effort.

A cold Stella from our hosts, a toast for a superb turnout from WAGS and kids, and a great day had.